Five years, five months: analysis of the 65 months of unrest in the southern border provinces

Five years, five months: analysis of the 65 months of unrest in the southern border provinces

Over the course of the past 65 months, from January 2004 through May 2009, there were approximately 3,471 deaths and some 5,740 injuries resulting from 8,908 violent incidents – primarily bombings and shootings -- in the southern border provinces.  The toll of the violence has generated an enormous amount of suffering for many people in society, and this includes the general public as well as government officials and security forces.

The dramatic escalation of violence began in January 2004, but violent incidents began to significantly decrease beginning in mid-2007.  In fact, the year 2008 marked the least violent year since 2004.  However, since the beginning of 2009 there has been an upsurge in violence incidents, reaching approximately 100 incidents per month.  In January, March and April, there were approximately 86, 103, and 98 incidents respectively. Both bombings and shootings escalated during this period.

What explains the continuation of this violence in Thailand’s southernmost region?  And why has this situation of unrest recently deteriorated?  Over the past six years, the Thai government’s security-focused approach to solving the situation has led to expenditures of more than 100 billion baht and the deployment of more than 60,000 troops.  But to what extent has this component of the government’s policy, which has encompassed the mobilization of soldiers, police, border rangers (thaharn pran), and village defense corps (or-sor) to enter and control the region, led to winning over the hearts and minds of local populations?

To shed light on this crucial question, the Prince of Songkla University’s Center for the Study of Conflict and Cultural Diversity (CSCC) recent research from January through March of 2009 is important to consider.  Supported by the National Research Council, CSCC surveyed the attitudes of people in southern border provinces toward the situation, especially in terms of attitudes toward officials (See http://www.deepsouthwatch.org/node/296).  The research revealed that a significant proportion of locals hold grievances toward Thailand’s security forces as well as the government’s security-focused approach to resolving the conflict and violence.

To learn more about locals’ attitudes, CSCC conducted a follow-up survey during April and May of 2009.  This research sampled 1,995 individuals from both urban and rural areas of the southern border provinces.  Questions primarily concerned participants’ opinions toward the roles of individuals in organizations and agencies that enter villages and provide services.  According to the results of the survey, public health organizations and agencies provide the most services and enter villages the most frequently, followed by subdistrict leaders (kamnan) and village headmen (puyai baan), then soldiers, and finally religious leaders such as imam.

It should be noted that given the high frequency of soldiers entering villages and their role in surveillance and security matters, it is hardly surprising that a significant proportion of survey participants had negative views toward these state actors.

When survey participants were asked to assess their levels of trust toward various agencies or groups in society, the group of individuals that were considered the most trustworthy was religious leaders; second was teachers; third was doctors; fourth was provincial Islamic committees; fifth was university academics; and sixth was subdistrict headmen and village headmen.

Particularly notable is the group that respondents ranked as the least trustworthy: the police, the military, and politicians.  These attitudes toward these least trusted groups reflect the quality of services that they provide to the general public.  In spite of efforts to decisively win over the local population, the public’s trust and acceptance of the military and the police is still a problem.  This in part stems from these actors responsibility in monitoring and providing security in the violence-ridden region.  With the legal backing of the Emergency Decree and martial law, these state security actors are granted increased authority to search for and arrest individuals suspected of supporting the armed movement.  However, as has been well publicized, this authority sometimes results in the violation of human rights, producing a heightened sense of animosity among many people in the public towards the police and soldiers.

Therefore, to reduce this cleavage between portions of the public and the security forces, the work of government security officials is a key variable.  Given the unabated violence plaguing the region, it is important that government officials work towards implementing effective development and peace-building policies that are properly carried out by security forces as well as civil servants in the region.

Based on the survey results, it appears that many people in the region do no agree with the application of a military-focused strategy to address the problem of unrest.  This is evident from a specific question that asked survey respondents if they agreed with the government’s use of force to address the situation.  For this question, 50.7 percent of respondents disagreed with this approach.  Only 18.6 percent agreed, while 30 percent of respondents expressed centrist views toward this approach. 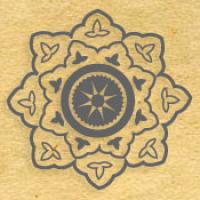