Note* This is the English version of the  original Malay article : APAKAH DIA MARA PATANI ? recently posted in the  Deep South Watch  - (http://www.deepsouthwatch.org/node/7204)

On May 11  2015 the ISARA NEWS AGENCY, and the BANGKOK POST on May 17 2015 reported the formation of what is known as MAJLIS AMANAH RAKYAT PATANI or Mara Patani. A Deep South peace academician, Asst.Professor Dr. Srisompob also mentioned about Mara in his interview for an internet TV "Thaivoicemedia" on May 17 2015. It was cited as a Malaysian proposal, being the facilitator in the peace dialogue process, to bring together six Patani movements under an umbrella organization by that name. The reports were however deemed  incorrect and misleading.

A few months ago it was rumored that Mara Patani was formed amidst speculation, assumption and accusation. I, therefore ,feel duty-bound to briefly explain what I understand about Mara Patani based on internal and reliable sources.

Mara Patani( Majlis Amanah Rakyat Patani- The Amanah Council for Patani People) was originally an initiative from the pro-dialogue BRN members as a proactive step towards the dialogue table. It was formed on 25/10/2014 by a coalition of young and elderly members of the BRN, including the Pemuda(youth),the Ulama( clerics) and the armed wings. It was believed that they represent the "BRN Action Group" who are inclined to seek political solution through negotiation with the Thai government.

It is unclear  how much support this group has from the mainstream BRN or from the military wing. They are ,however,  optimistic that they will eventually gain support and endorsement from both, including the mass if their action bears favorable outcome. Upon their shoulders rests the responsibility to secure  support and consent  from the BRN leadership for their initiative.

In the middle of March 2015 the BRN Action Group proposed this idea to other Patani liberation movements  and invited them to group together under one umbrella organization, to determine the direction of their struggle and to discuss a unified proposals for the peace negotiation with Thailand.

After days of exhaustive discussion they finally agreed to form an umbrella organization, with some structural adjustments and a new name : MAJLIS SYURA PATANI , still maintaining the abbreviation : MARA Patani ( as an acknowledgement of BRN's initiative). In English it is PATANI CONSULTATIVE COUNCIL (PCC). The said Patani movements are :

The involvement of the above six movements in MARA Patani makes  the MAJLIS SYURA PATANI (MARA Patani) the most  inclusive organization for all the currently active movements up to date, even though  it was an initiative of BRN at the start. According to internal sources ,the formation of the new Mara Patani is based on the consensus of all movements, far from pressure or influence from the Malaysian facilitator.

As for the moment, the MARA Patani comprises  of representatives of the six above-mentioned movements . In future it will open its door to representatives of other stakeholders in Patani. This is to ensure that the future direction and political demands can be mutually discussed and decided according to the true needs of the people.

Even though the formation of Mara Patani is seen as a top-down process  not from the grassroots, it is acceptable as far as the struggle for freedom and independence is concerned, because it is initiated and championed by the liberation movements who have been striving for more than a half century.

The purpose of Mara Patani is not only to participate in peace talk with Thailand but also for its struggle to gain recognition  and international support for the  Right to Self-determination  for  the people of Patani. It has to be emphasized  that even though all the liberation movements agree to come to the dialogue table , not even one has dropped the claim for independence.

As a newly formed umbrella organization, the Mara Patani has its own limitations and shortcomings. With hard work and determination from all those who give them full support, to come to agreements  through consensus, it is expected that Mara Patani will be strengthen and consolidated from time to time.

Perhaps Mara Patani may not be the best instrument  to fulfill  the inspirations  of the Patani Malays, but currently it is the sole unified voice to attain support from people of various groups, with or without a peace process.

Some observers are concerned that  the Mara Patani could fail if the  BRN Action Group members are not given mandate by their organization. It is premature to  make that assumption objectively . Whether or not  Mara Patani could effectively perform in the dialogue process and make considerable progress ,only  tide and time will tell.

The  secretariat of Mara Patani will soon hold a convention for MAJLIS SYURA PATANI  to discuss and debate the proposals , endorse its formation and determine the direction of its struggle followed by its  inauguration .

Last but not least, an insider of Mara Patani hopes that the CSOs and the NGOs, the activists and all people of Patani who seek changes, justice and freedom, will strongly support Mara Patani, as the SOLE VOICE and CHANNEL to fight for the desires and inspirations of the Patani Malays. Mara Patani also calls upon other Patani stakeholders to respond to its invitation to join its ranks and files and to  shoulder this heavy responsibility together.

Let us  wait for the details and see the response from all parties after the Mara Patani is officially proclaimed in the near future.

Abu Hafez Al-Hakim, from outside the fence Patani 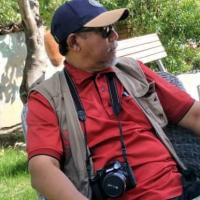