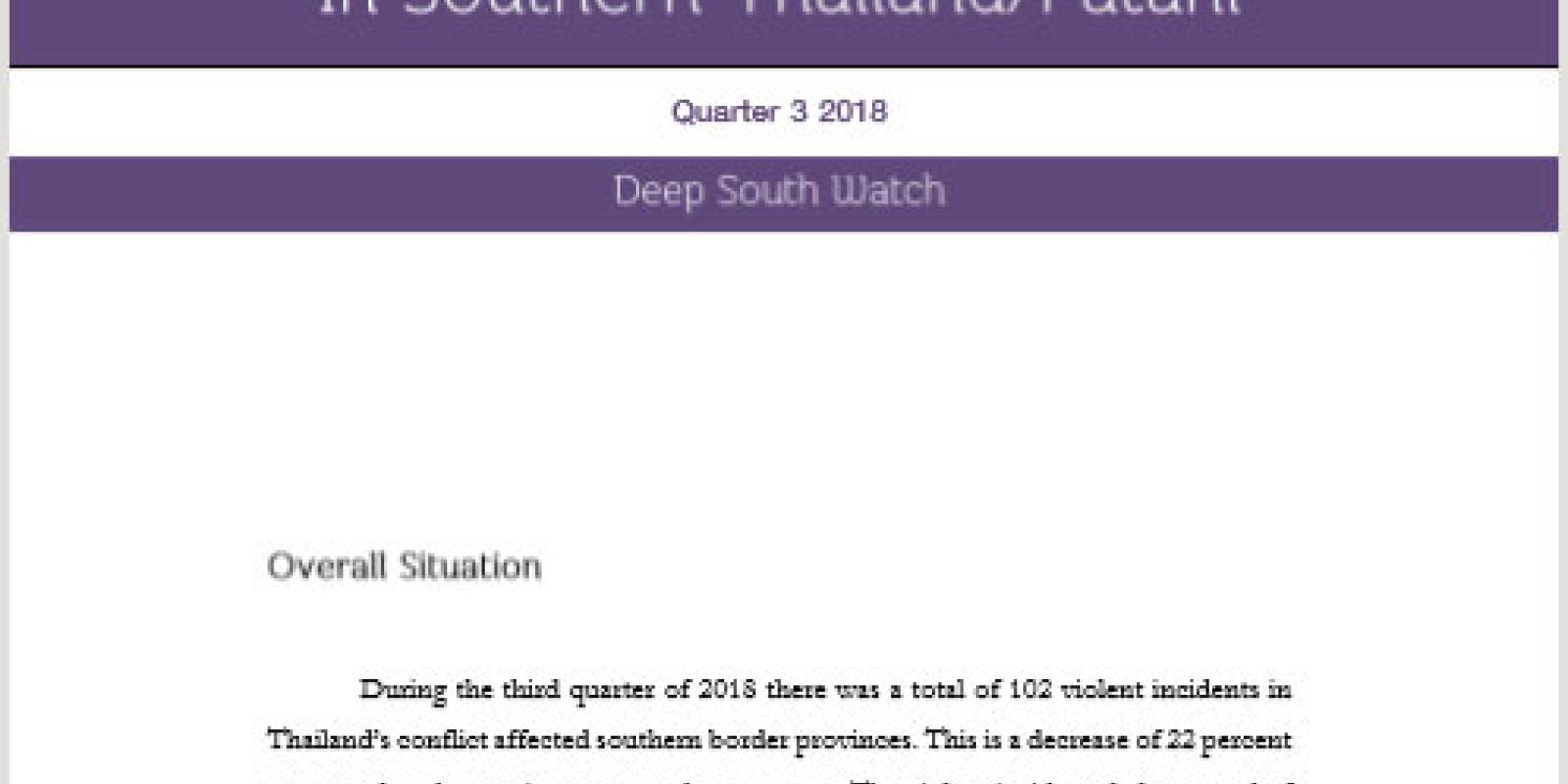 During the third quarter of 2018 there was a total of 102 violent incidents in Thailand’s conflict affected southern border provinces. This is a decrease of 22 percent compared to the previous quarter the same year. The violent incidents led to a total of 103 casualties, which is also a decrease since the second quarter. The casualties include 56 deaths and 47 injuries. The month of July saw the lowest number of incidents and deaths during the third quarter with 29 violent events.

Aggregate statistics since the outbreak of major violence in January 2004 until the end of the third quarter 2018 gives a total of 20,029 violent incidents producing 20,331 casualties with 6,871 deaths and 13,460 injuries.

There has been a falling trend in the number of incidents for the past five years. This trend has continued into the third quarter. This has led to a lower level of casualties compared to previous years, while there are still cases of injury and death inflicted on the population in the southern border provinces.

Based on an analysis of data on violent incidents during quarter three of this year, it is possible to group events into groups based on the cause. The largest category are events without an unclear cause, making up 45% or a total of 46 different events. The second most common type of events are separatism related, making up 30% (31 events) followed by crime 24% or 24 events. The smallest category is drug related with only 1 event or 1% of the total.

When comparing the current situation with the same quarter in previous years, there has been a marked and constant decline in the separatism related violent incidents going back to 2013. In contrast, there has been an increase in events with an unclear cause during the same time period.

When it comes to the type of incidents, of the character of violence used, there has not been any major change compared to earlier quarters. The most common type of incident during the third quarter was shootings, making up 69 incidents, followed by bombings with a total of 12 incidents. Sabotage happened on 6 occasions, assault 4 times and other types 11 times.

The geographic pattern of violence is scattered all over the southern border provinces. There were incidents throughout the area with most violence in Rueso district in Narathiwat province (8 events), followed by Nong Chik distric in Pattani with 6 events. The only districts with no violent incidents during the quarter was Sabayoi in Songkhla, Betong in Yala and the Muang district of Narathiwat.

There were three incidents of surround and search operations conducted by the authorities during the quarter:

1. On July 23 a surround and search operation targeted a house in Talodulong village, Tanopute sub-district, Bannang Sata district in Yala. The operation led to confiscation of weapons and was part of the investigation into a shooting to death of five civilians on June 11.

2. On August 16 authorities surrounded a house in Talokabuh village, Sa-ae subdistrict, Krongpinang distric in Yala. This led to a firefight in which two militants were killed. Weapons were confiscated during the operation.

3. On August 21 a firefight broke out during a surround and search operation targeting a house in Luboyirai sub-district, Mayo district in Pattani. One injury was sustained among the government security personnel and one militant was killed. Weapons were confiscated.

On September 11 there was an ambush followed by a firefight in Bangtan village, Bangkhao sub-district, Nong Chik district in Pattani. The government side sustained large casualties including 2 dead and 4 injured. Casualties among militants are unknown. In the aftermath of the incident authorities announced a “Bangtan Yangkhao Operation”. As part of this Nong Chik district, Pattani was proclaimed a special control zone for 7 days. Military, police and civilian authorities mobilized forces of several hundred for a join operation on ground, water and air. The operation projected force to take control over Bangtan, Bangkhao and Tuyong sub-districts in Nong Chik. The operation used extensive surround and search tactics to search and follow perpetrators in the September 11 incident still hiding in the area.

On September 20, MARA Patani issued a statement expressing concern about the announcement of Nong Chik as a special control zone due to the negative impact on the civilian population being put in a state of fear and being viewed as militants despite the absence of any clear evidence.

On September 21 PerMAS, The Federation of Patani Students and Youth, issued a statement on the occasion of the International Day of Peace. In this, they called for the government to revoke martial law, remove sources of fear and make peace negotiaitons for Patani a national agenda.

At the end of August, the Malaysian government under the leadership of Prime Minister Mahathir Mohamad, appointed Abdul Rahim Noor as the new facilitator of the Southern Thai peace dialogue process. Abdul Rahim Noor is former national police chief and former head of the special branch police. He is replacing Ahmad Zamzamin Hashim after his appointment ended on August 9 according to the Malaysian government.

At the same time, the Thai government is preparing to announce a new head of the Thai delegation to the peace dialogue process to replace General Aksara Kerdphol who’s appointment will end during the fourth quarter of 2018.

There was a total of 102 violent incidents in the southern border provinces during quarter 3 of 2018. This is a fall from the previous time period and consistent with the persistent falling trends for the past five years. The general situation is thus improving.

At the same time, there is a risk of an increased number of violent incidents, in particular those related to separatism. This is due to the absence of a peace dialogue process with participation from all armed groups operating in the southern border provinces.

Groups with different opinions from the state has been using violence for 14 years to fulfill their separatist aims and their activities has continued during quarter three of this year. They will likely not cease their violent activities seeking to put pressure on the government.

It is therefore essential to find a way to pursue a peace dialogue process that includes all groups with different opinions from the state, in particular those groups with armed militants in the area. Only such a process can bring about long-term stability and a sustainable solution to the situation.

In the short term, it is essential that government authorities and civil society actors closely monitor the situation in Nong Chik district and find was to lower the level of tensions affecting the local population in the aftermath of serious violence and imposition of special laws limiting the constitutional rights of civilians. 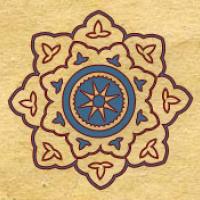